T - (just under) 4 weeks and counting

Apologies for not blogging for two weeks. I was at a festival last weekend and hence didn't do much exercise apart form exercising my right arm with bicep curls. As you can see from the photo below. I managed to punish my liver. Everyone needs a blow out every once in a while.

In the last two weeks I've done hardly any exercise because of the festival, being up and down the country for work and the awful weather. In total I've managed two runs, three bike rides and a swim (my first swim this month).

The rulk on 14th August was further than I had managed since I developed peroneal tendinitis. I rulked 7.23km in 55:10. Not bad considering it was so hot after work that I nearly didn't go for a rulk.

On the Sunday of the frestival I was invited to go and photograph the Jenson Button Trust Triathlon at the Luton Hoo Hotel for RG Active and Quest Sportswear. I had a really good time taking photos of the triathlon as it combined two things I really enjoy, those being triathlon and photography.

Some of my photos form the event can be seen below. 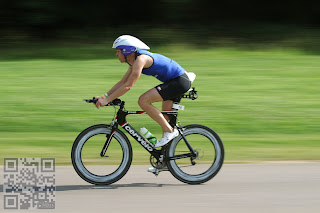 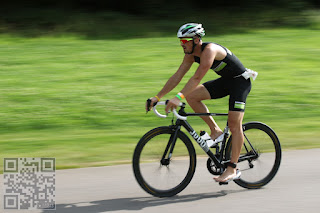 I am really impressed with the photos I took and so is the rest of the World as I have had over 29000 photos views in just over 24 hours thanks to a RT by Jessie Michibata who is Jenson Button's girlfriend. This has blown my previous record out of the water.

This week has again proved difficult to train due to work commitments. I was meant to go for a run on Tuesday but was too tired after setting off for work at 04:00. Then on Wedesday I was meant to swim at Ham Lake after work but that wasn't possible as I had to stay late at work.

On Thursday I had to have a restructure to my training as I've done no swim training this month. I went to the RG Active swim at Hampton Pool and as expected I struggled with the swim. It started off well enough but as usual I went off to hard and ended up struggling through the rest of the swim. I even had to miss a set to go to the toilet to sing to the toilet bowl. In total I completed just over 2km which was what I wanted to do.

Saturday consisted of a 16km bike ride and I got drenched as the heavens opened. I was planning on a longer ride but the rain cut that short. I set off and it was sunny but after 10km it started raining and by 11km it was bordering on a monsoon. I spent the next 5km worrying about my phone, which I had tucked in my bib shorts to protect from the water.

Sunday consisted of another bike ride. Again it started to rain so I cut the ride short. I only managed 13km but my average speed was the best that I have managed since I started this quest, which I was pleased with.

On Monday I had planned a brick as I didn't do the one I had planned for Saturday (damned weather). As soon as I put on my cycling clothes, it started to rain again. I think there is a recurring theme for the weekend. I decided I had had enough of getting rained on while riding my bike so decided to do my bike training on my turbo in the dry. I then followed this with a 7.75km run. This run was further than the one earlier this month. so the 10km leg of my triathlon is looking more and more achievable.

Shock horror I actually enjoyed the run today, I just ran until I felt like stopping and paid no attention to time or lampposts. My first interval was nearly 1km. This a marked improvement on the previous couple of runs which I have struggled with.

The last two weeks have seen me doing a lot of soul searching with regards to triathlon. Do I aim for Outlaw next year or will it be a step to far.

I have also been debating following Andy Holgate's example and turning this quest into a book and am thinking about contacting a publisher. Whats the worst that could happen? I even have a title worked out.

I have also completed my initial design of the trisuit for HHHO and am just waiting on confirmation from Georgie Moseley that she likes it. As soon as I have this I will share the design with you and then proceed to getting it manufactured.

I have something planned for my next blogpost and just hope I have enough time to turn this idea into reality.

I also have some details about the London Triathlon, I am competitor 8763 and will be starting my triathlon in the wave that leads at 14:05 on Sunday 23rd September. I can't wait to get to that startline.

Remember you can still sponsor me via Justgiving or by texting NSMK50 £2 to 70070.

Since I gave up smoking